You are probably wondering what the title means. When you get a hall pass you load up the kayaks and haul them to the marsh.
The 575 is the amount of miles to drive from my house in Texas to the camp in Mississippi one way.
The 8 is for how many hours it took to drive that many miles just to chase some redfish.
The 5 would be the limit of legal reds you can keep in a day.

For two weeks I'd been dreaming about this trip, watching the weather, getting the gear ready, and deciding between the kayak or the SUP. 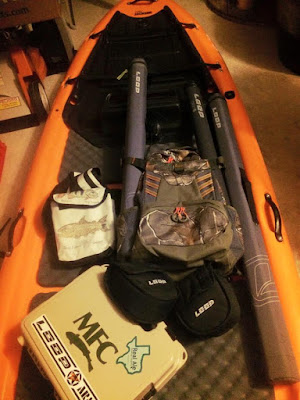 Ended up taking the Jackson Kayak SUPerFISHal as it would give me an advantage paddling into the tight quarters and shallow water. The downside would be it is not the fastest thing out there but ill trade stability for speed on most days. Took three Loop fly rods and one baitcaster for the real windy days. 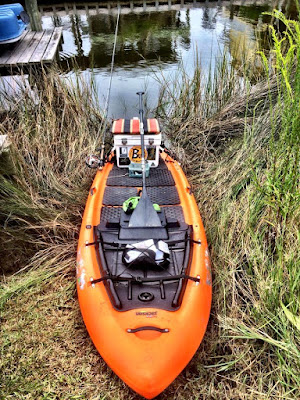 Why are weathermen always wrong, and they still get to keep their job. What was supposed to be flat winds found them blowing 12-15 mph with gusts of 20. Sure made for an exciting trip across the bay to get into the marsh on a paddle board. But we made it and when you look at the pictures you will se that there was no wind due to the tall grass.
It didn't take long to catch my first fish. I felt a bump on the shrimp fly and was surprised to pull in a small trout which I released to grow up. 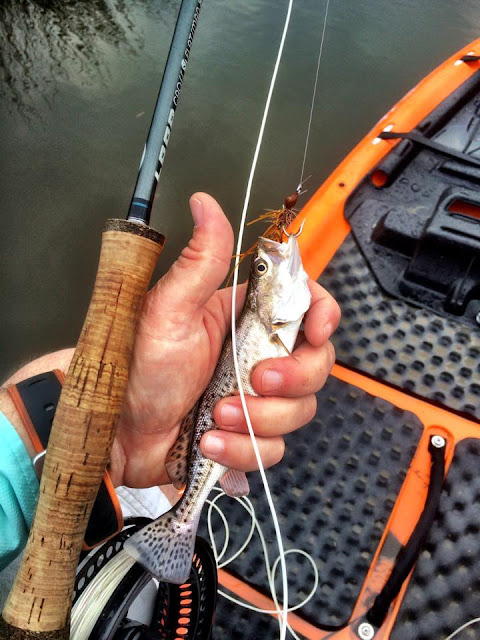 This would be the only fish caught and I blanked again on day two. The wind was playing havoc and the tides were very low. This made the fish very spooky in the cuts. While I saw a lot of fish it just didn't work out. 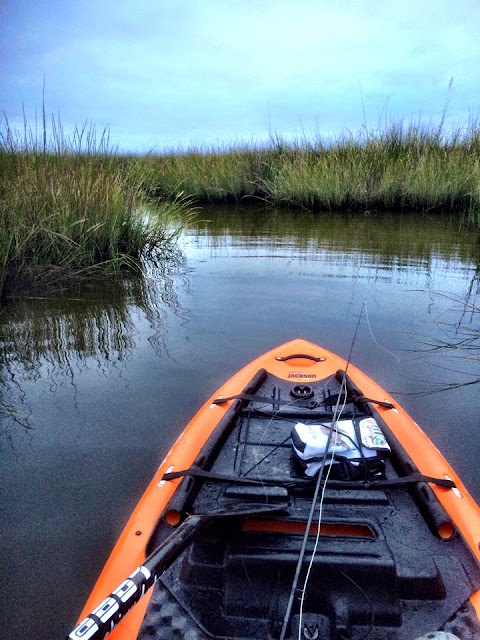 When the fish aren't cooperating what do you do. 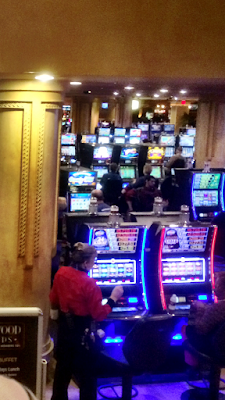 Got up and left at 4am, headed to Louisiana to fish the marsh there out of a boat with a friend. Same scenario with the wind and tide but we found the redfish. While the bite was slow a limit was caught. 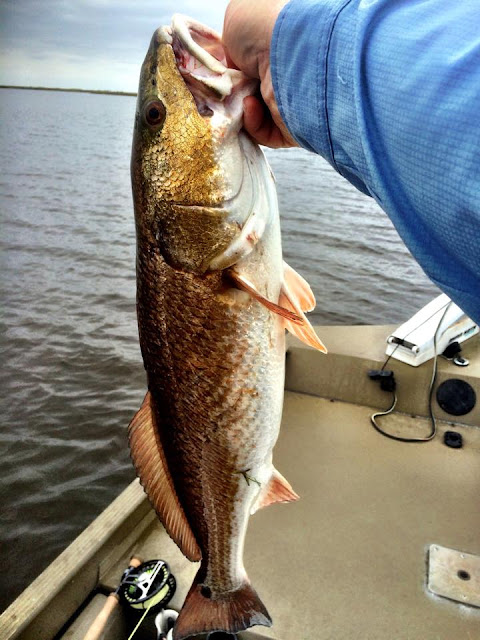 Two of the five measured 28" on the board. Turned out to be a great day. 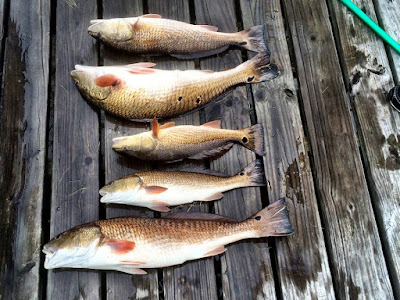 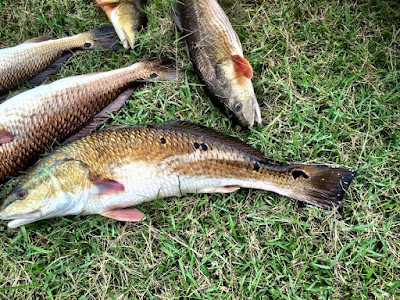 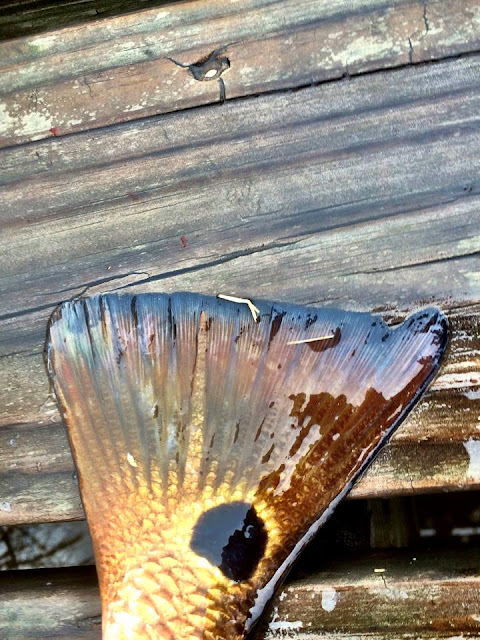 575/8
How many miles to drive home
Posted by Texas Fly Fishing Adventures at 9:18 PM No comments: