As I drove the 600 miles to Mississippi, all I could think about was catching my first Redfish on a fly. My wife and youngest daughter make this trip with me every year so the Big Tuna was the kayak of choice since it can be fished tandem or solo. We were staying at my cousins house on the edge of Bay St Louis, with it's many fingers coming off the river it looked like there would be plenty of opportunity to hook up with some fish. Waking up in the morning I paddled out of the canal into the river working my way across to one of the many fingers to explore. 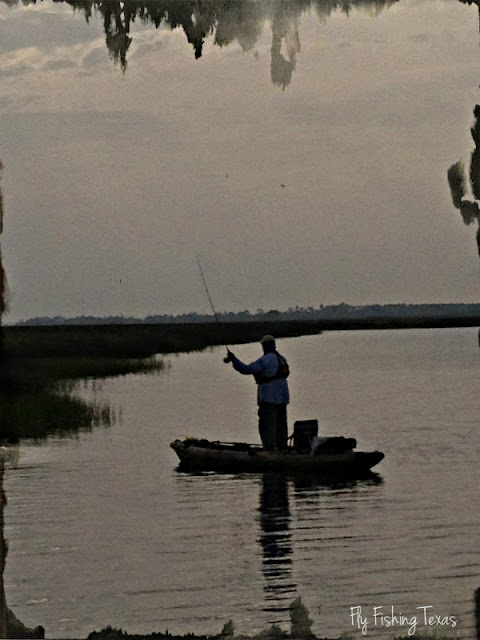 The water is very muddy with hardly any visibility which made it hard to see any of the Redfish as I worked my way through the grass flats. A few fish broke the surface by me and exploded on the shrimp imitator that was presented to them, taking to the air I had hooked up with my first of many Skip Jack that were in the area. The poor man's Tarpon doesn't dissapoint with it's strength and multiple jumps as it tried to get free. 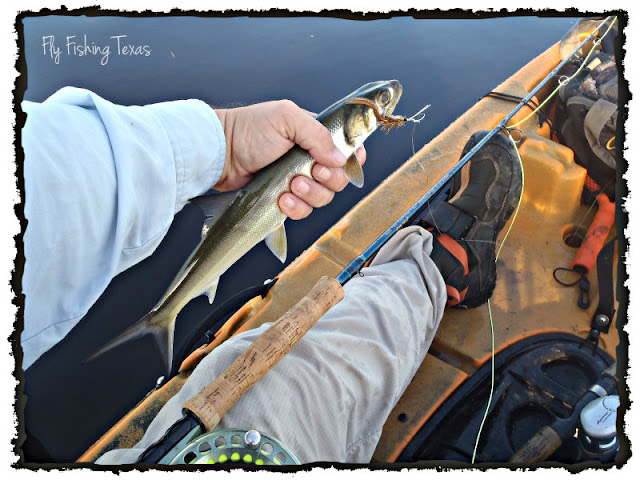 The area was so fishy looking and I was able to catch a limit of Reds but they all came on a baitcaster. 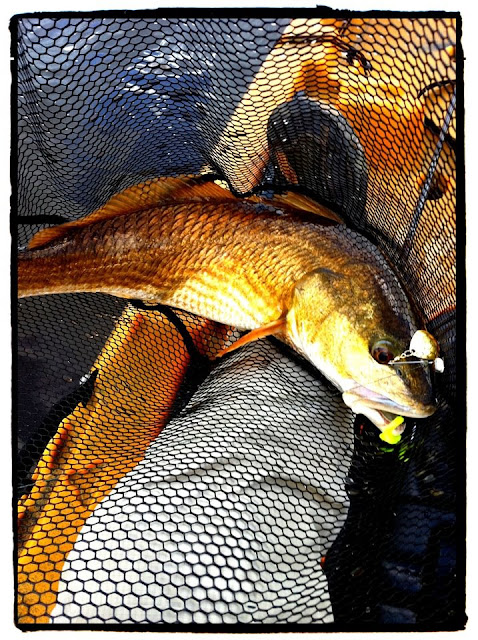 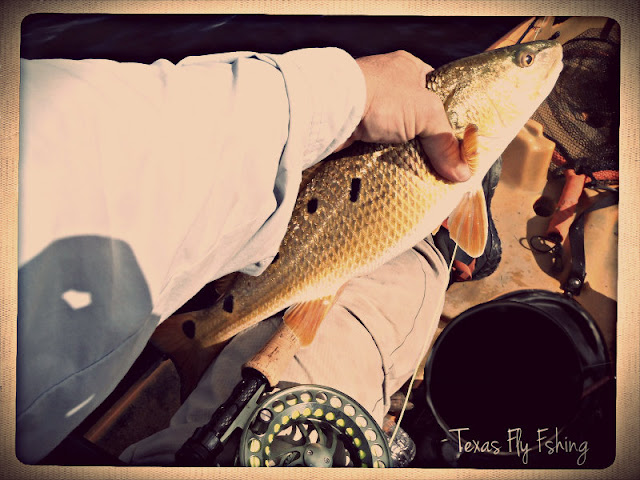 Some of the area that was fished. This is from inside of one of the fingers that I explored. 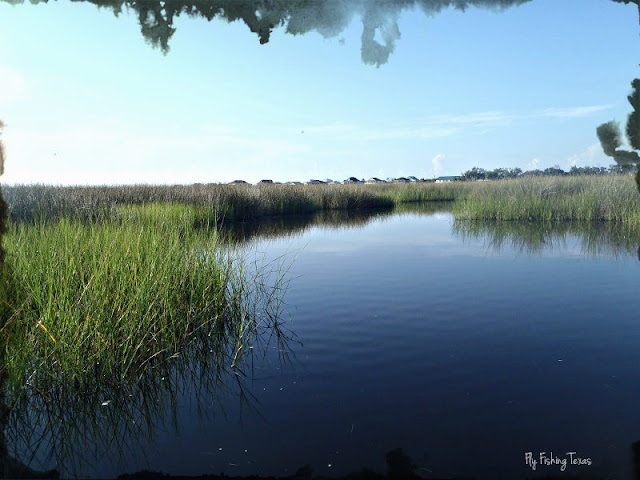 Paddled around 5-6 miles every day and caught a limit each day of Redfish. Upon returning to the house on the second afternoon the water erupted by me. I tossed a spinnerbait into the flurry and immediately hooked up with something large that pulled me around in the kayak for over twenty minutes. I had to tighten the drag all the way down and thumb the spool so I didn't get spooled. Finally it came to the kayak and when I went to net it the Jack Cravelle had one more burst left in it and broke my 40lb braid. What a fight that was, guess it didn't want it's picture taken.
Sunday came and my Cousin and I drove to Louisiana to meet up with our friend that we fish with in Myrtle Grove which is one of the areas that is part of the Swamp Men Alligator hunting show.
I took the Mini Mag as well as baitcaster and was determined to catch a Red on the fly. Again I was met with muddy water and strong winds but I still threw it and struck out. Needing fish for the fish fry I picked up the baitcaster and was able to put a couple of Reds in the boat. It is hard throwing a fly rod with three people in the boat, I laughed everytime they ducked. 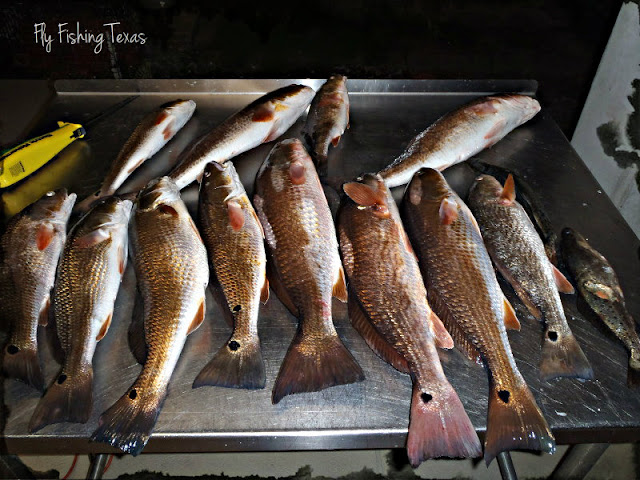 While I fished everyday my wife and daughter caught crabs for the big feast. Here are some pictures of the buffet. 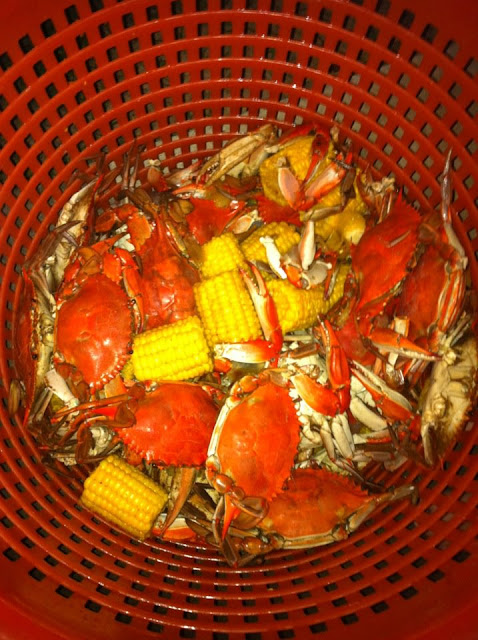 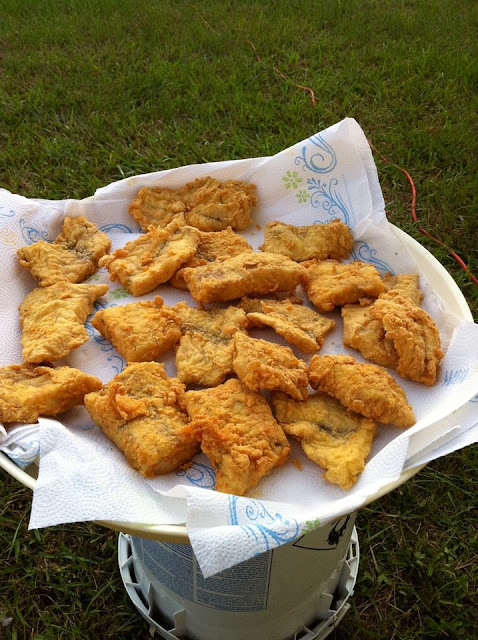 The best part of the trip was spending the time with my family and completely ignoring work. The highlight of the trip was rigging the kayak tandem and paddling my daughter around as she fished. 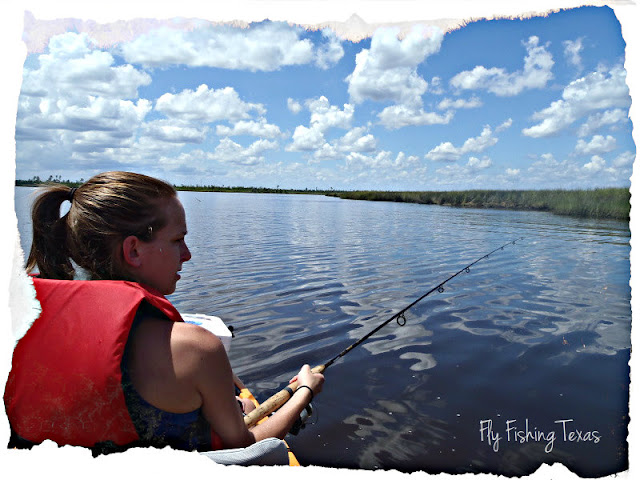 Slideshow of the many pictures taken during the week.
Again, thank you for reading and following me on my adventures.

Posted by Texas Fly Fishing Adventures at 10:51 AM 2 comments: