His first trip to the river

So.... when your little brother asks if you can babysit his 2yr old and 2 month old so they can go to Wurstfest what would you do. I gave my niece to the wife and took Noah for his first ever wade trip in the river. 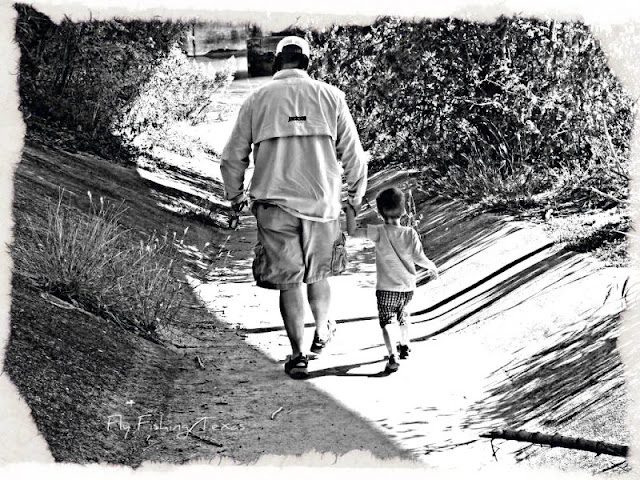 When your kids are all in College you forget how curious a young man can be. On the walk down to the river we named every insect that we crossed path's with. Picking up sticks is a good way to beat the brush out of your way, and it's okay to let go of his hand every now and then for him to have a little freedom. 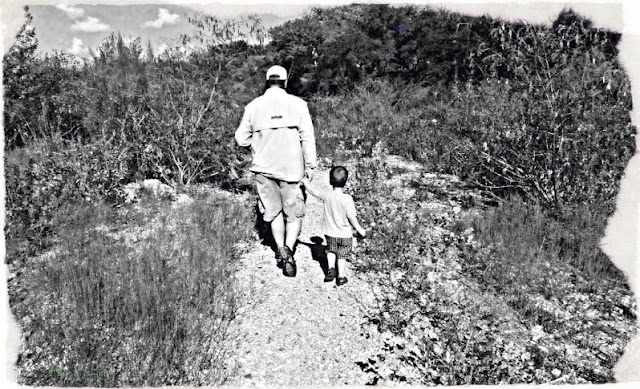 Since we were not prepared (lack of conversation, meant no life jacket) I took him to a section of the Guadalupe river by the house that has been affected by the drought. There is very little flow so I wouldn't have to worry about him getting swept away. 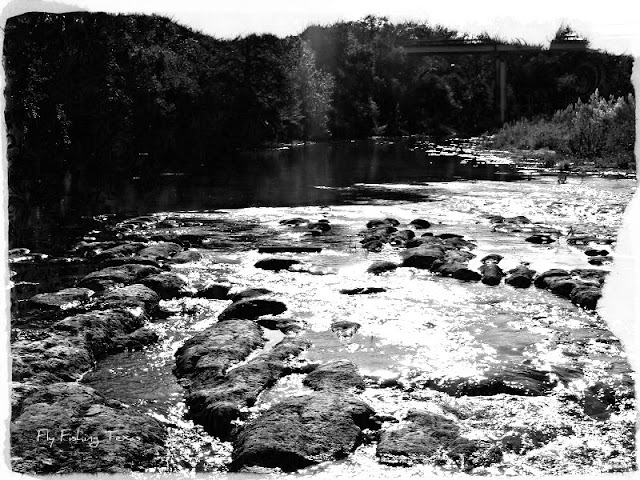 I'm not sure if it was on purpose or accidental, but it didn't take long for him to kick off his shoes and dive in. Before you knew it he was throwing rocks and chasing minnows. 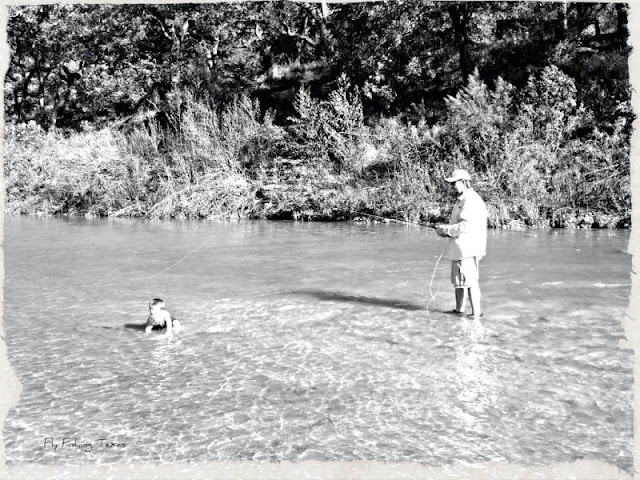 It wasn't about fishing, it is a right of passage that I hope to share with him many more times. I'm already planning a camping trip on the river with him in about three more years. Might have created a monster, he sure didn't want to leave but with the promise of an ice cream cone I was able to coax him out of the river. 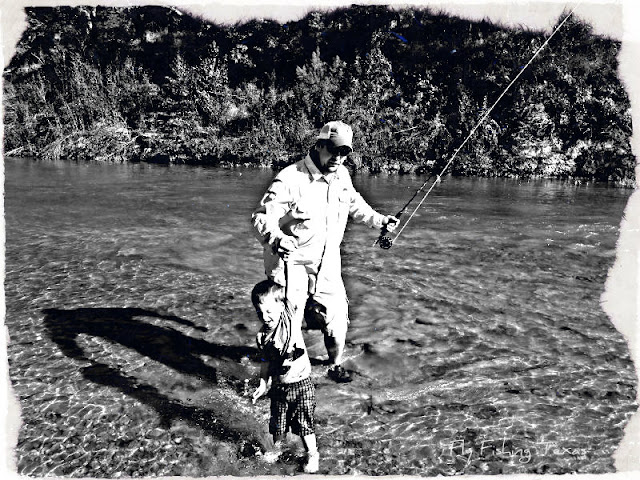 Upon reaching the truck I realized that a change of clothes and a towel were left at the house. No problem though as there was a blanket in the back. I kept up my end of the bargain on the ice cream cone, it was good. To bad Noah missed it. 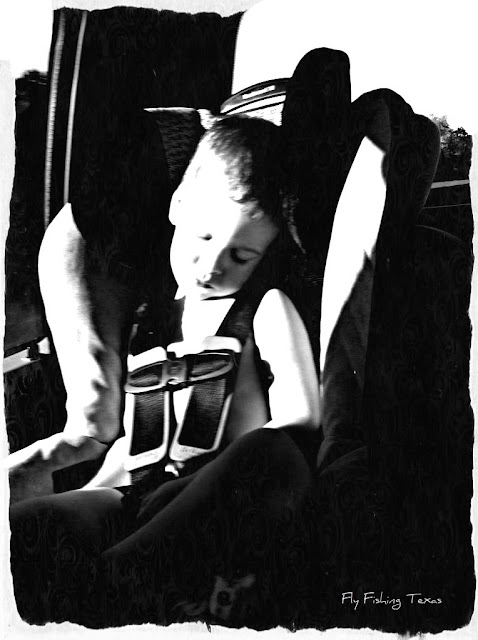 Posted by Texas Fly Fishing Adventures at 9:06 PM No comments: