Reaching the river after driving through a rain storm it makes you wonder how a Weatherman keeps his job with all of the technology available to them. The day called for high temperatures busting 100 degrees and clear skies with no chance of rain.
Looking at the river it became clear that we would be in for some tough fishing conditions. A week earlier thirteen fisherman had to be rescued by helicopter due to a flash flood that sent the water rising over five feet during the night. The water had not cleared as much as I had hoped and visibility was less than a foot. 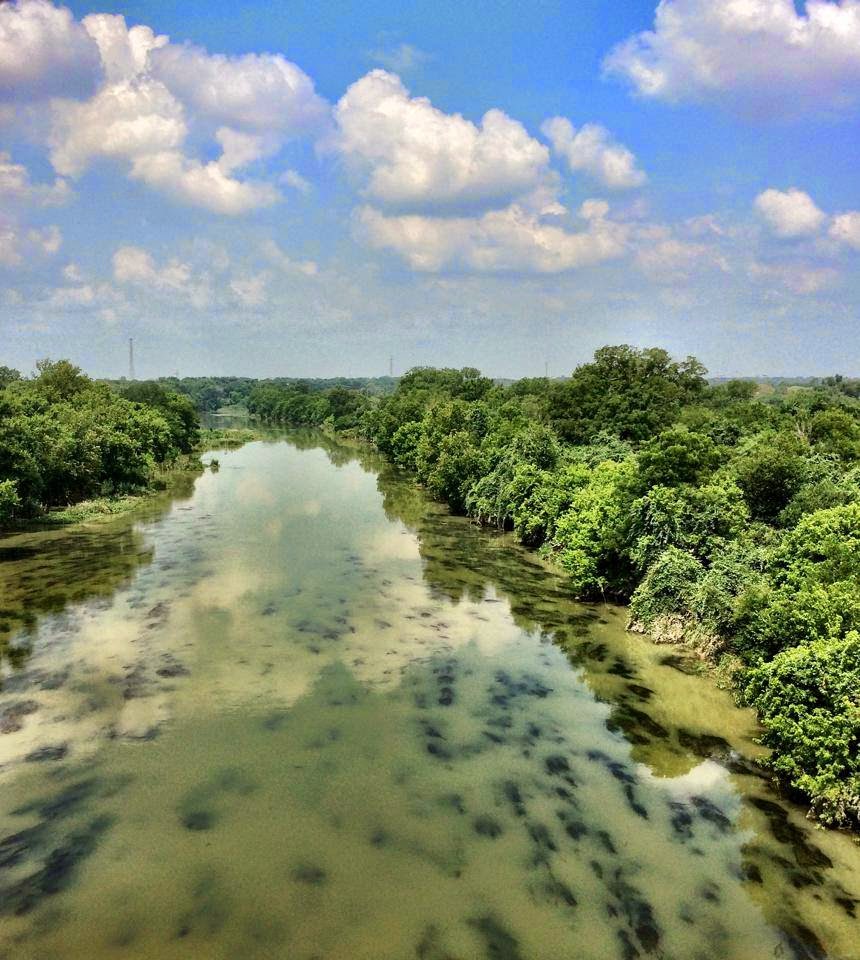 The rain stopped as we slid the kayaks into the water and the heat came out. The first few hours time was spent tossing a popper and a clouser. Neither was producing. Then it happened, tossed the clouser into a tangled cluster of grass and root ball to feel a thump and strip set. The fight was long and nervous but the reward was sweet. 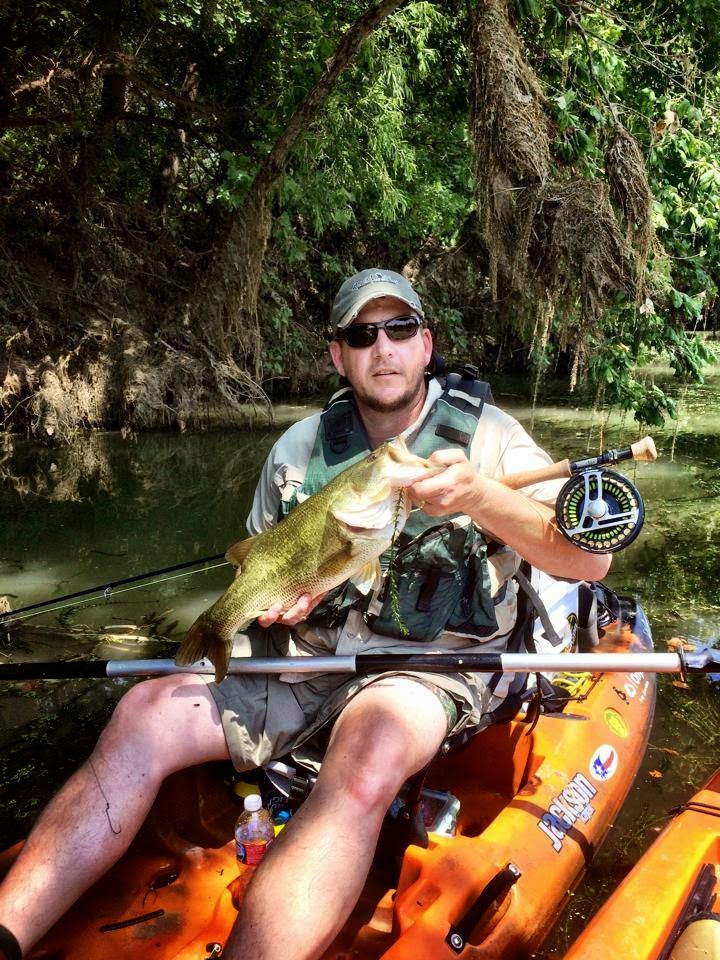 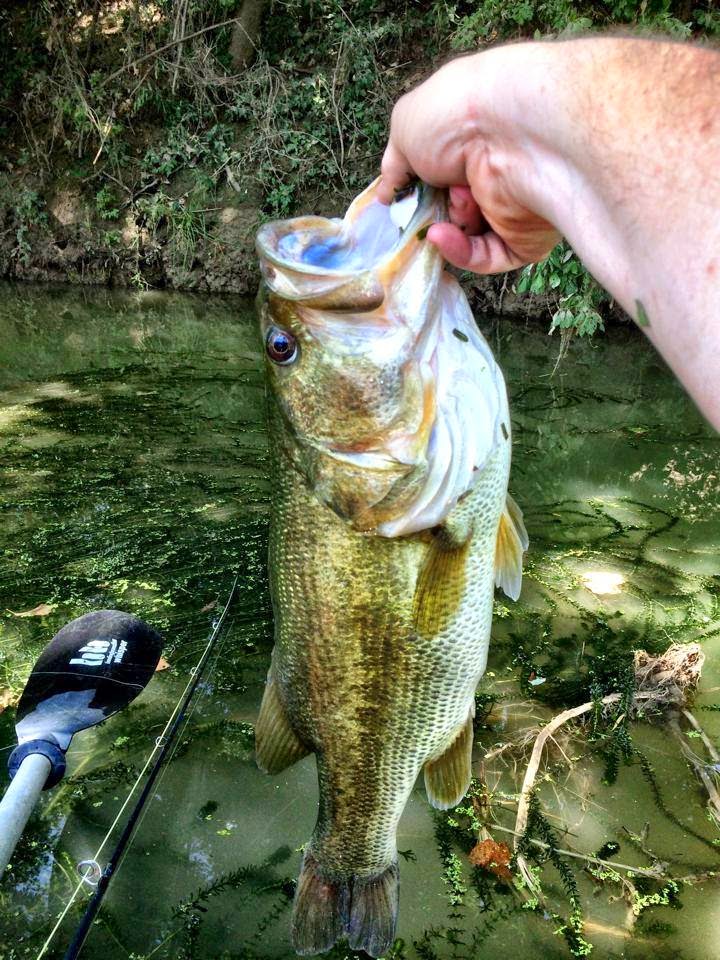 As the temperature rose during the day, the fishing remained tough as only three more bass were brought to hand. 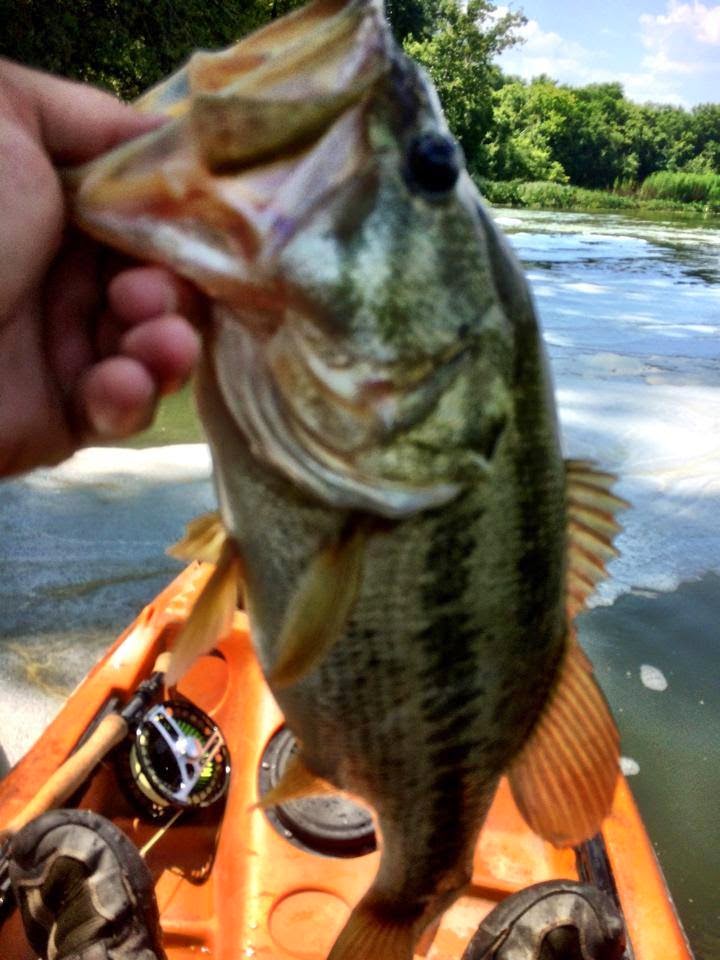 Upon reaching the island that we camp on it was evident that with the flood from the week before and all of the washed up debris would make for a hard time trying to find an area capable of hanging the hammocks. Finally found a few downed trees and a tree that had floated to the island that offered enough strength to hold the hammocks for a nights rest.
Lighting the coals as the sun set, we sat around and told stories from trips past and reflected on how freaking hot it had been today and wished that the wind would start blowing. It would have helped with the mosquitos and made for a cooler evening. 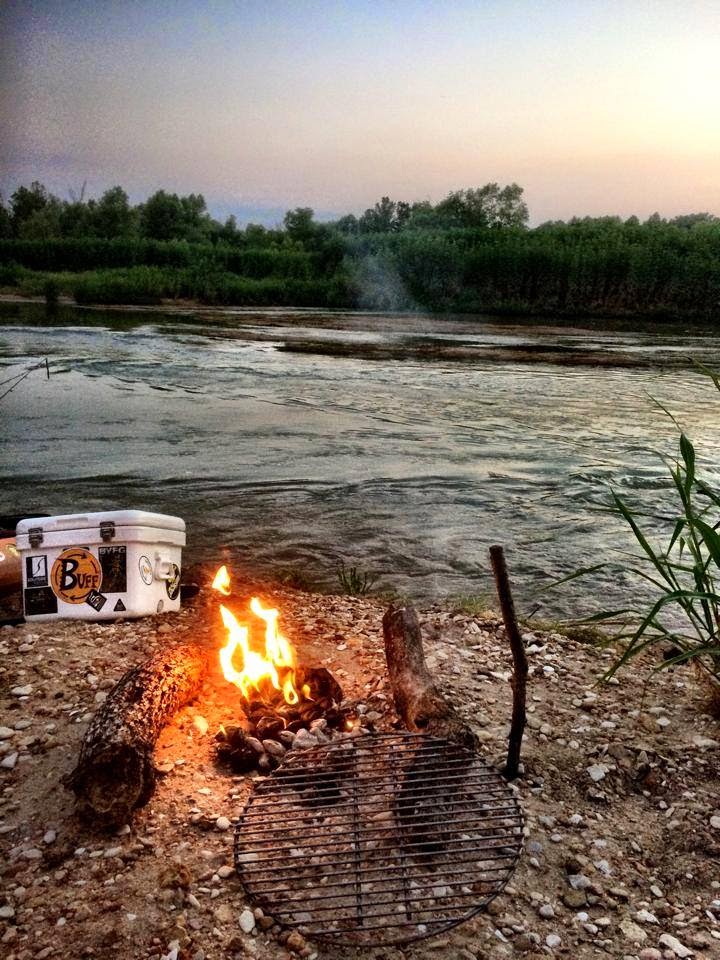 Dinner consisted of garlic sausage, jalapeno sausage and some elk sausage. Washed down with a little whiskey to take the edge off the day. 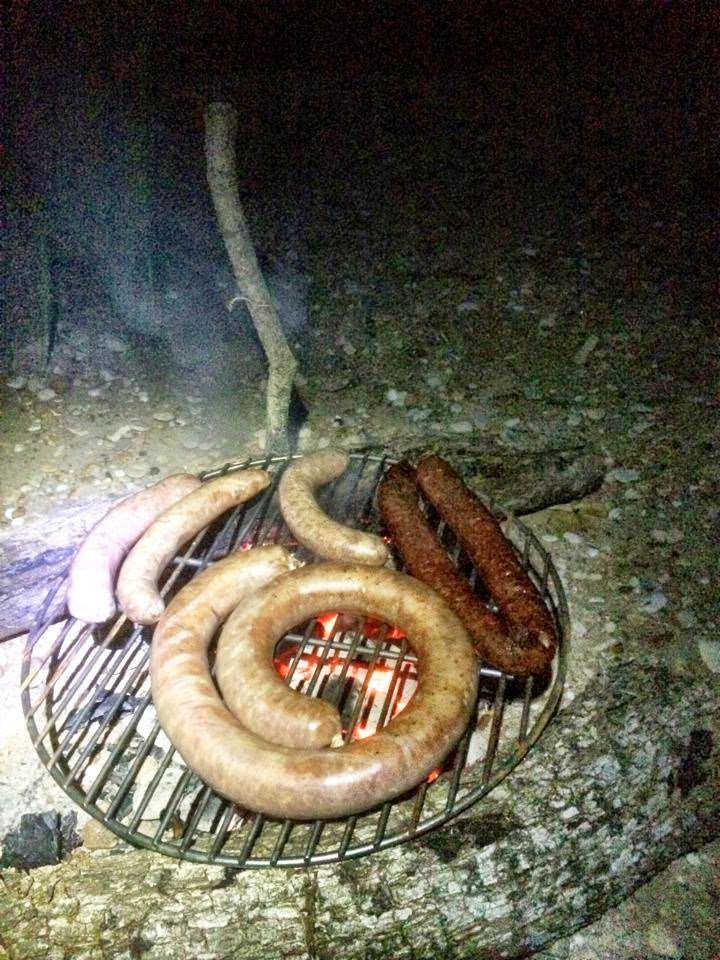 After a night of very little sleep, we heated up the leftovers and ate a quick breakfast before hitting the river for the last day. 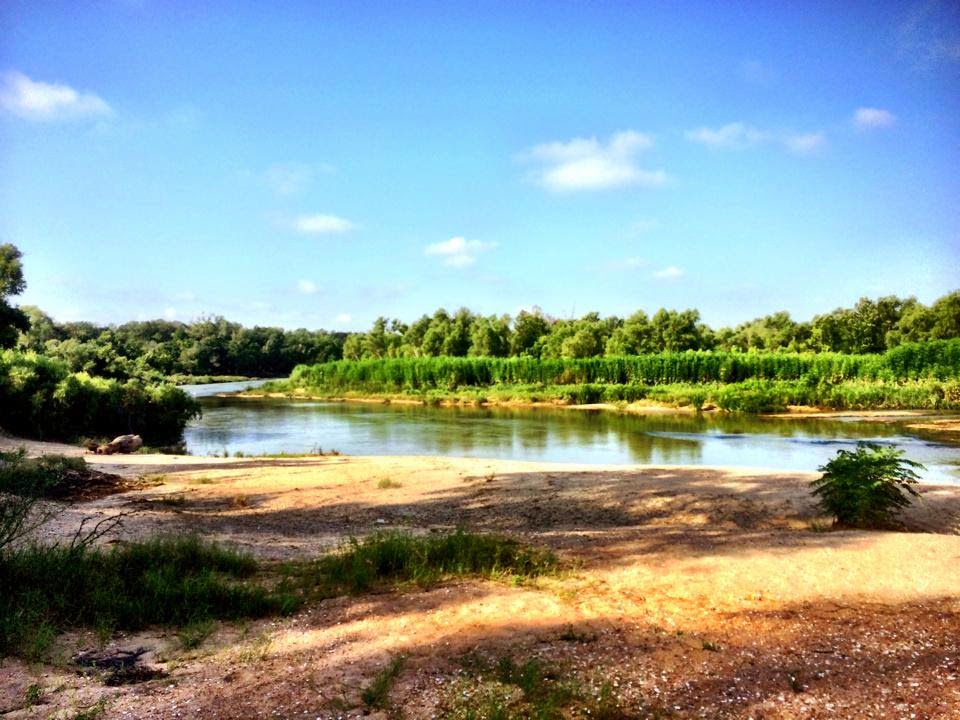 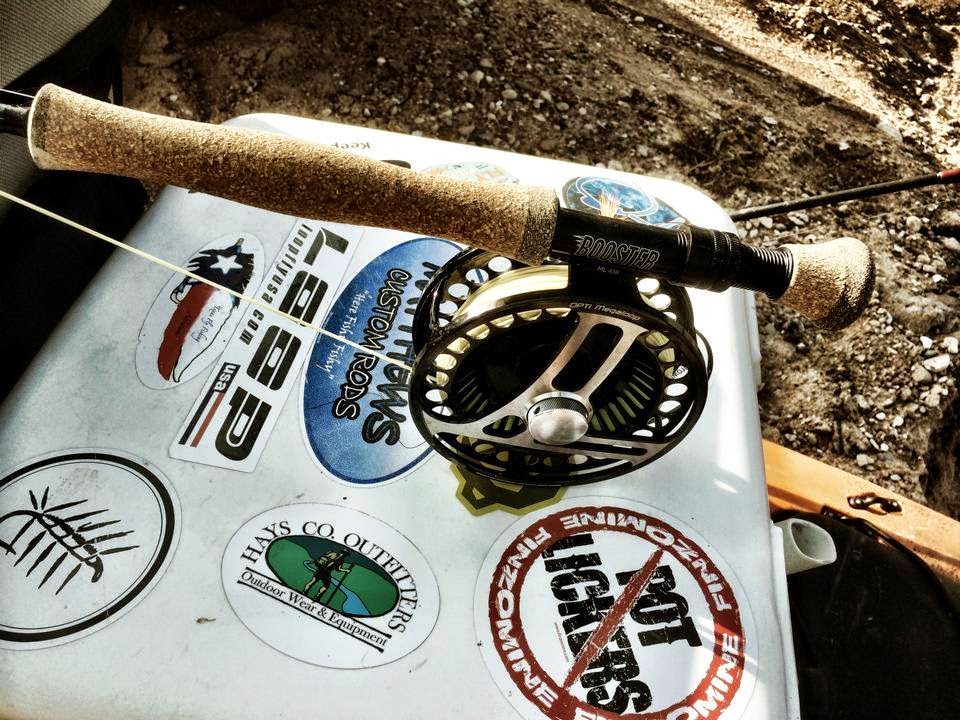 The heat was to stay and the fishing was just as tough but I managed to catch a few on the day. 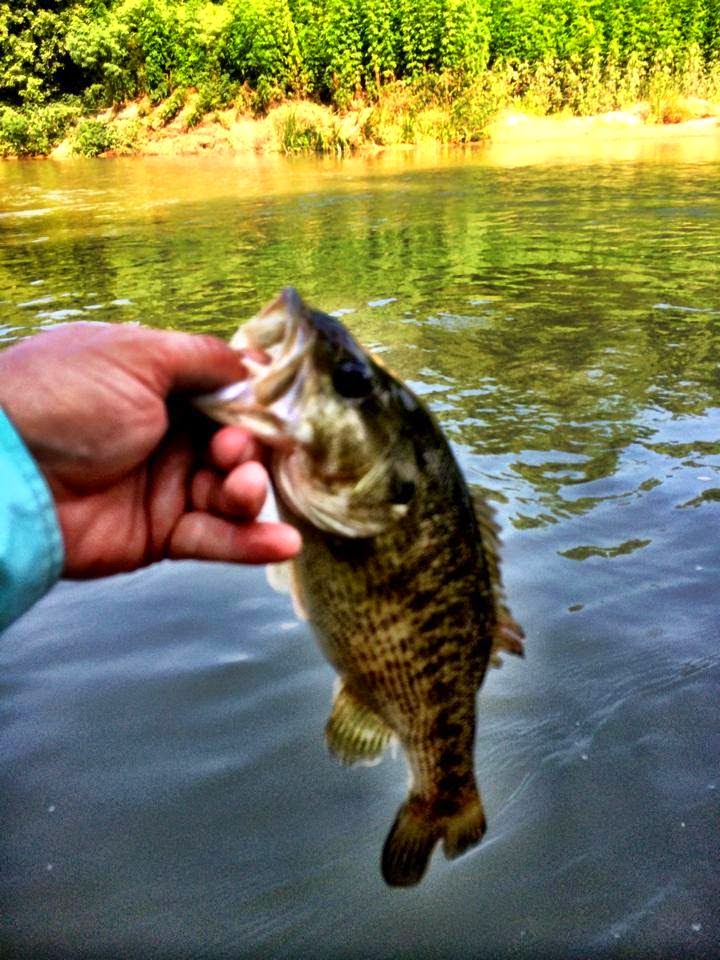 A great time was had with my friends but we came to an agreement that we will wait until it's cooler before the next trip.
Posted by Texas Fly Fishing Adventures at 7:42 PM 1 comment: