2011 started off in the same fashion as 2010 ended, DRY......... after having no precipitation through the winter you had to wonder what was ahead as Spring approached. The first trip of the year was the annual freeze trip and it proved to be a great way to start it off. A group of us fished and paddled around eighteen miles over two days and caught fish, shared stories, and just enjoyed the outdoors.

By the time Spring rolled around the expectations of rain kept diminishing and the water restrictions were being put into effect. That didn't mean that the fishing had to stop, it just meant that you had to change tactics as the water was falling and the fish were on the move. Here are some pictures from trips heading into the Summer.

Summer went down as the hottest and driest on record. It also went down as the year that I took up fly fishing. Not sure why I didn't get involed with it earlier in life but all of that is history. After a lot of reading and practicing in the yard, I was able to get out and cast proficiently enough that I actually caught fish. The rivers around here have some cool water and I found myself in the water more often this year than on top of the kayak, great way to beat the heat.

Fall brought on some excellent fishing and with the changing of colors the temperatures starting to drop it reminded the fish to start feeding as winter was on it's way. It also meant that it was time to go do a little trout fishing in Texas.

My New Year's Resolution will be to spend more time with family and friends, which means....Let's go fishing.

Posted by Texas Fly Fishing Adventures at 2:37 PM No comments:

Now that all of the components have arrived for the new fly rod it's time to get started.
This will be a 9' Fast action, High Modulus blank that will be paired with a custom cork grip with stainless stripper guides and stainless snake guides.
After I get the reel seat and grip mounted on the blank I will look through the assortment of thread that I have and come up with a color for the wraps and trim.
Keep checking for updates..... 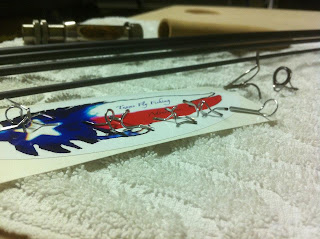 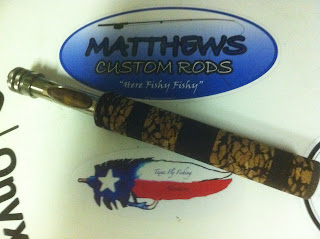 Posted by Texas Fly Fishing Adventures at 2:40 PM No comments:

A quick note to thank everyone here and I hope each of you have a Merry Christmas . 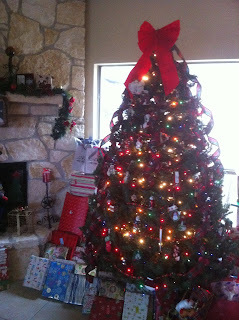 Posted by Texas Fly Fishing Adventures at 8:52 AM No comments: