After retrieving my sling pack that was left in the jeep after the Devils River trip with the crew at Reelfly, and picking up some new flies for trout. Decided to hit the Guad up today and see how the trout bite was doing. 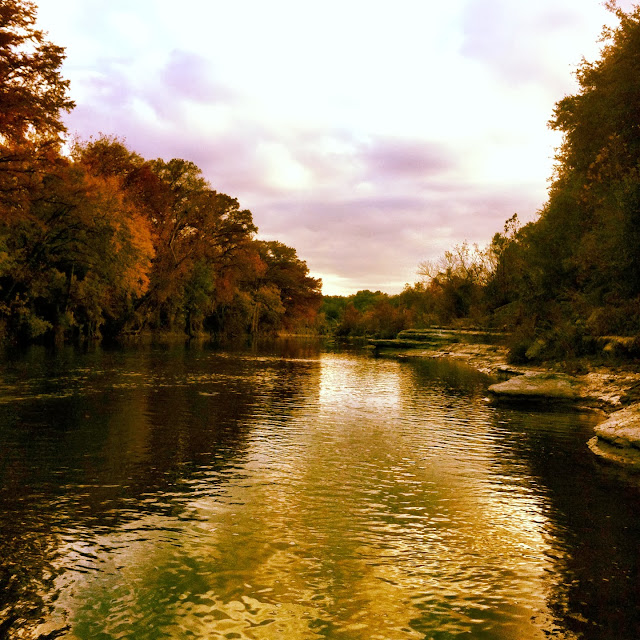 Slipping into the water I was worried about the cold since the waders were left behind and I chose to wear shorts. With the hot weather that we have had lately the water felt good until you got waist deep. Wading a few hundred yards over the slippery rocks and limestone ledges, my destination was reached and I began to cast a Girdle bug upon the cypress needle covered water. Working the fly just below the surface and feeling the bend of the custom glass rod as I gently stripped and lifted the rod to set the hook. Fish on and after a short fight I worked it into the net for a few pictures and a release. 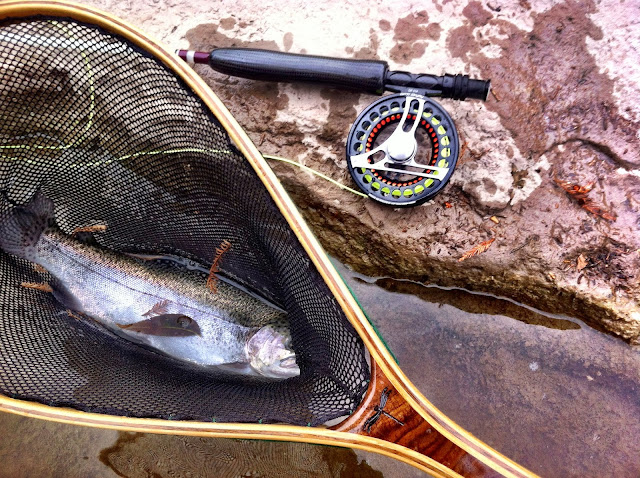 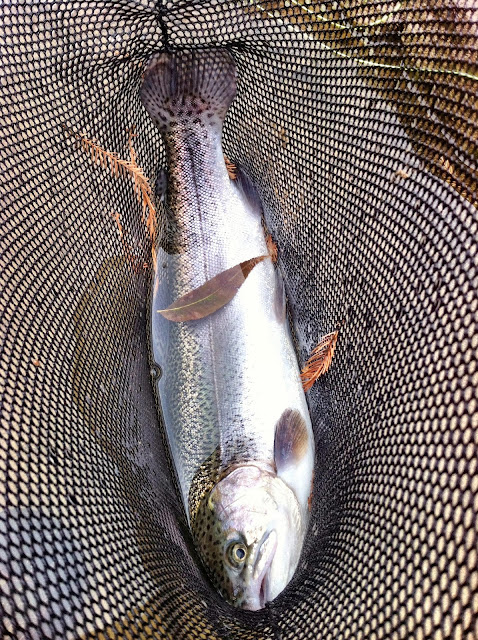 Another bonus that occurs this time of year is the changing of colors as fall arrives in Texas. We are not in an area that has extreme changes during the different seasons but when we do, the beauty is magnified. 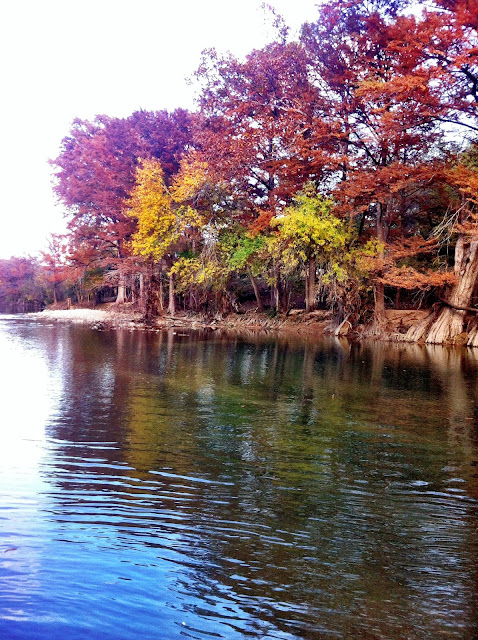 The day was productive for the few hours that were fished. Occasionally a trout would rise but I had no takers on dry's. Most of the fish caught were on a girdle bug in black with white legs. Had a few followers when throwing a booger in black and green but the size didn't appeal to the fish. 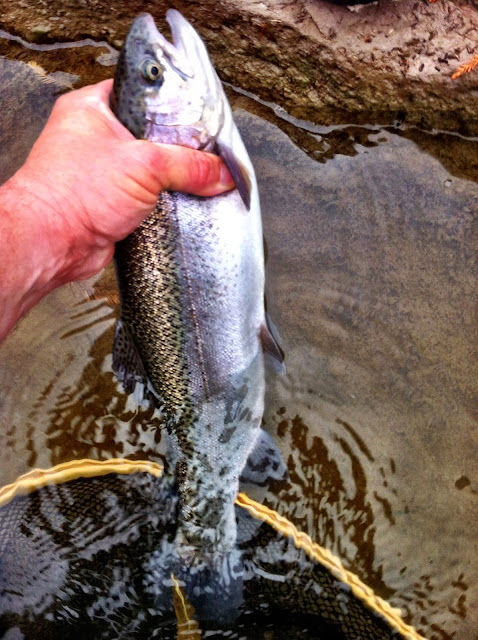 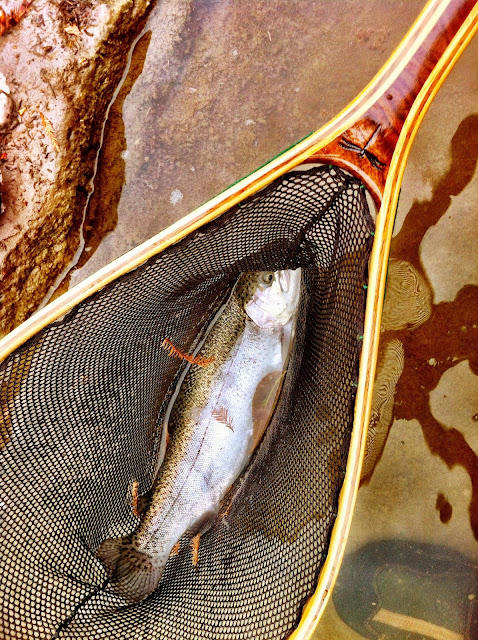 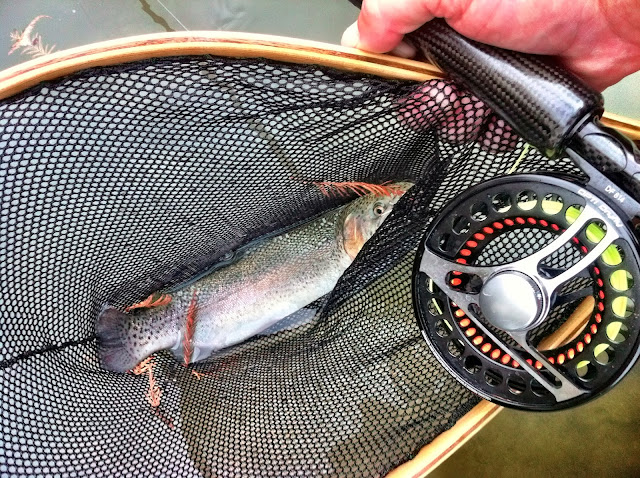 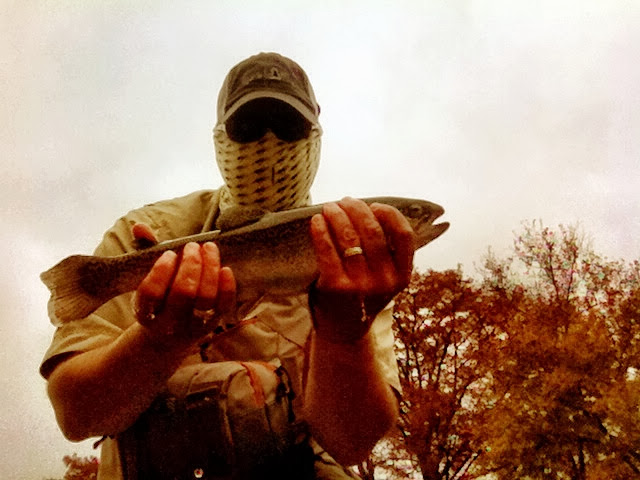