Slowly drifting down the river, the sun rising above ancient Cypress trees that have withstood many devastating floods. I am staring intently at the indicator while the bead and emerger dropper slowly glide along the bottom through the channel. 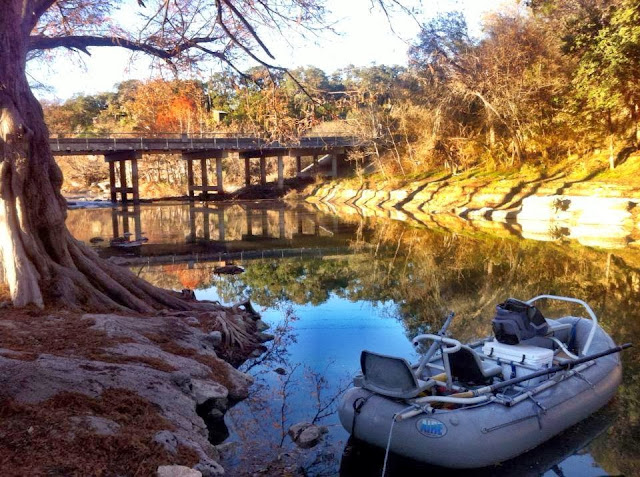 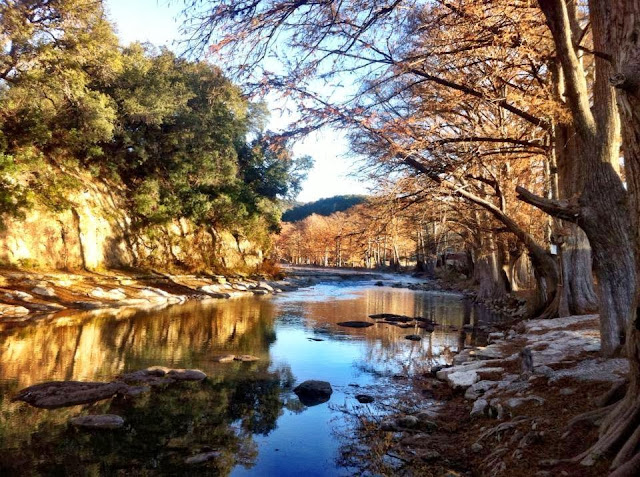 Having booked a full day trip on the Guadalupe river with ReelFly Fishing Adventures, today wasn't about me but more about helping a friend catch his first trout on the fly rod. Watching his indicator go under and seeing the smile on his face as the trout bent the fly rod over is what its all about. A picture was taken and then a released fish swam away to hopefully bring a smile to another face one day. 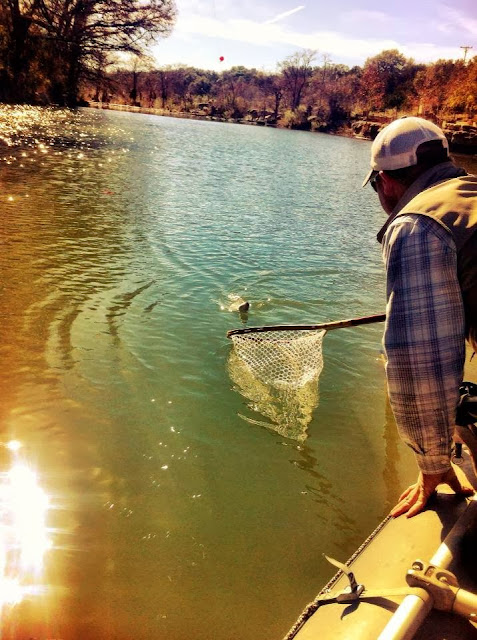 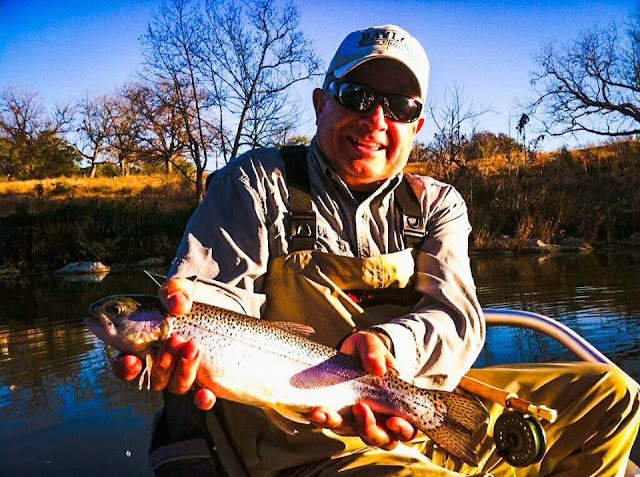 After a few more fish, lunch made its way down to the river as ReelFly had BBQ sandwiches delivered to take care of the hunger pains that had built up.
Sliding the raft over the weir, we made our way down to where a limestone shelf runs along the bank and a cut channel right along it. Drifting the rig through and seeing the indicator go under I soon had my first fish of the day. 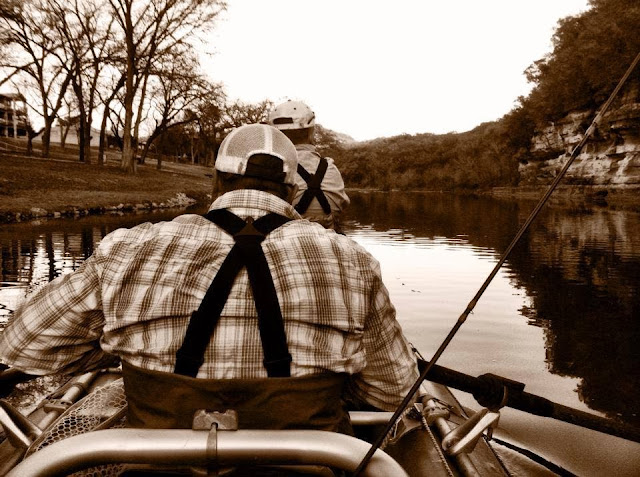 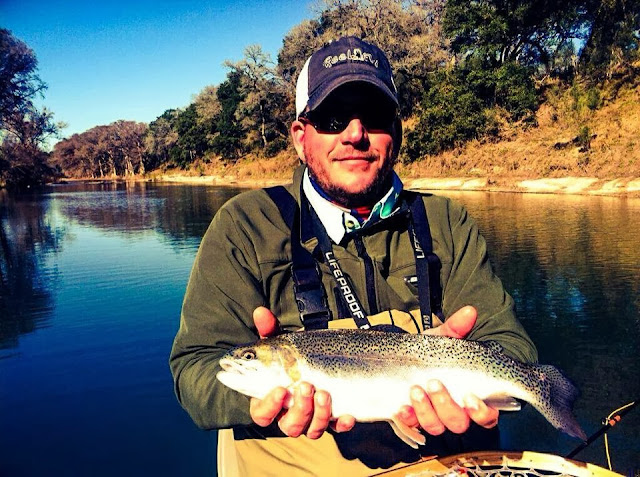 After releasing the fish. Brent dropped us off on the ledge so we could work down it while he took the raft through a shallow section. Again, my indicator went down and with the rod lifted a large Rainbow came out of the water trying to shake free. Seeing the size of the trout, Brent dropped anchor and came running with the net. The fish had taken me to the reel and ended up bending the hook and releasing itself before we could slide it into the net.
Fixing the hook and casting in the same drift. I was met again with another large trout, this time the odds were in my favor and the fish was quickly released after a photo and high five with the guide. 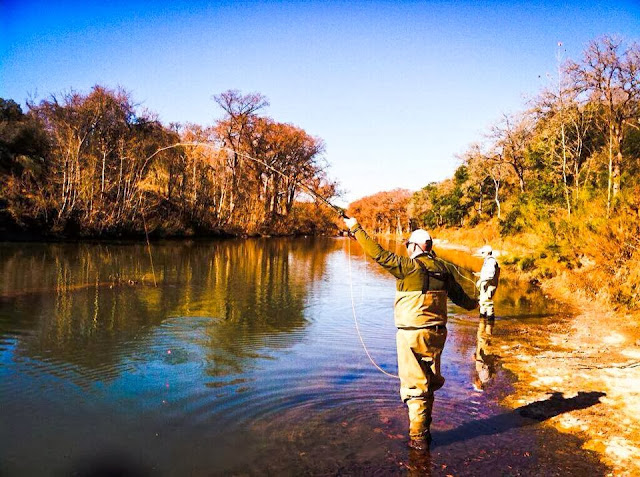 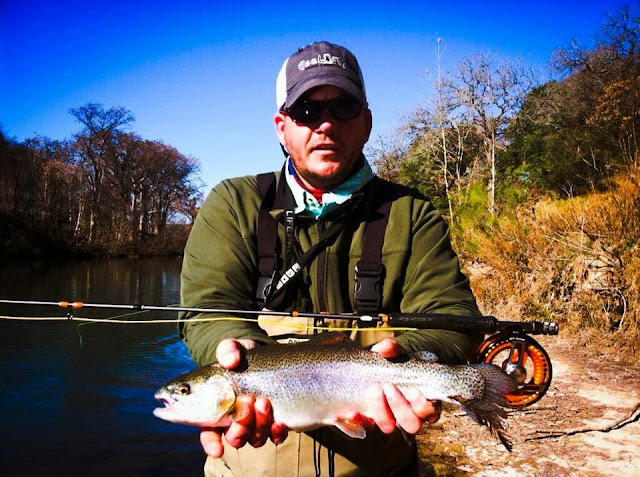 Working our way down the river brought more fish during the day with most all being good sized trout. 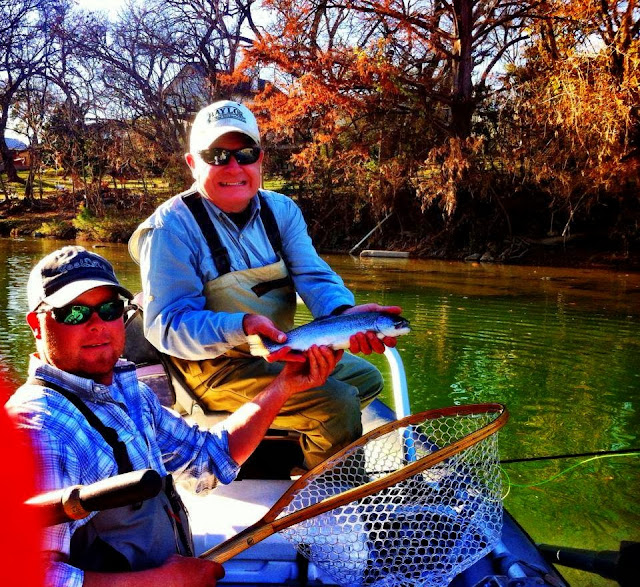 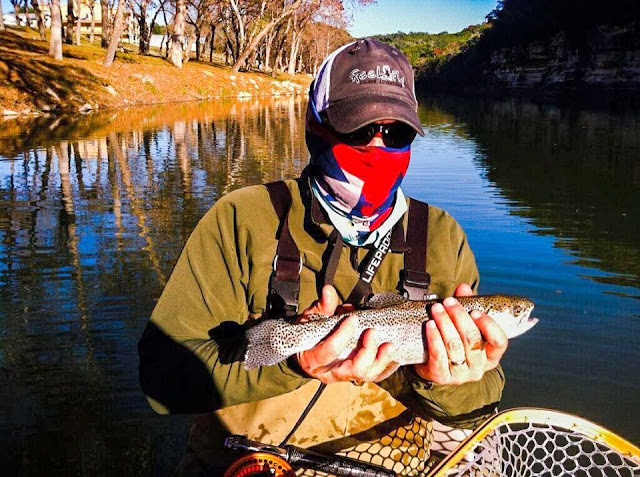 Having fished the day before and days prior to this trip had me knowing that conditions would be tough. Brent from ReelFly worked hard all day finding fish as well as coming up with a pattern by pumping a few stomachs and matching the hatch. The result was a successful day with close to 15 trout caught and released. 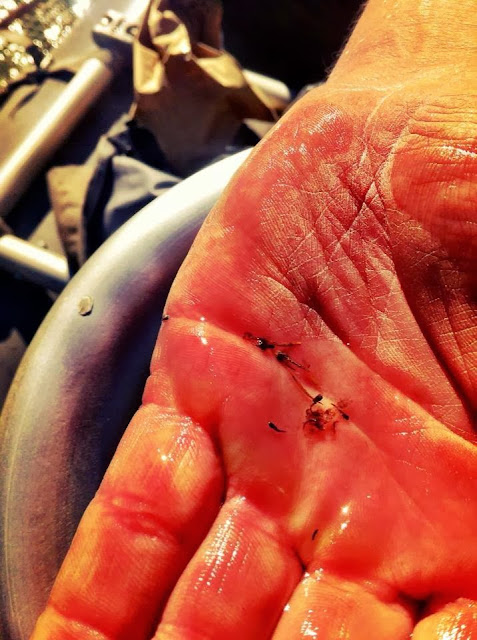 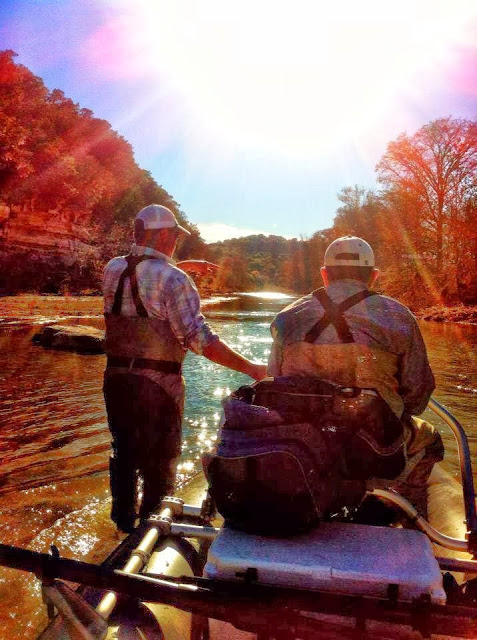 If you find yourself in Sattler, TX looking for info on the trout fishing on the Guadalupe river. Stop into ReelFly and they will be more than happy to share information as well as being the best stocked fly shop at the river. Tell them I sent you. 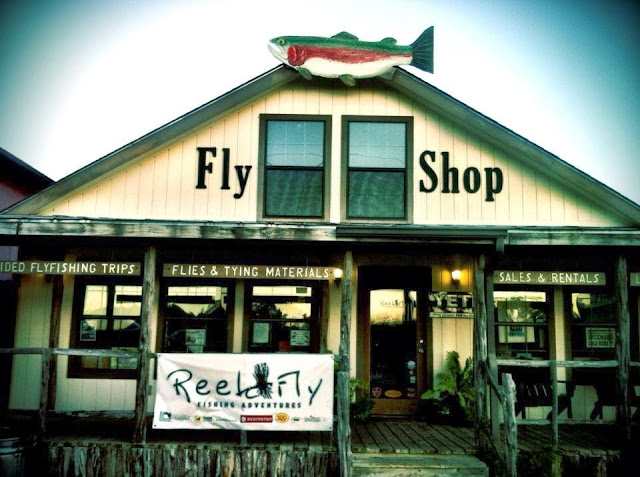 ﻿
﻿
Posted by Texas Fly Fishing Adventures at 6:13 PM No comments: