Was able to take the new Cube 30 by K2-Coolers out for a good test over the weekend. Thirteen of us headed out early Saturday morning for a kayak trip down the Colorado River outside of Austin, TX. Stopped to fill up the truck at 5am and purchased a 10lb bag of ice. Added the ice to the cooler which contained sixteen 12oz cans, four 20oz bottles of water, two 32 oz bottles of GatorAde and misc food for the trip. The temperatures hovered close to 100 degrees both days with nightime temperatures in the 70's. The K2 was in the sun in the back of my Coosa both days as well as in the back of my truck to and from the river. When we pulled out of the water at 4pm Sunday, people were thirsty and most were out of water by then. I graciously offered water from my cooler and as each took a drink out of the K2 they were impressed with how cold the drinks were and liked the fact that I still had ice after two grueling days out in the heat.
Since I do a lot of river trips where i'm on the water for two to three days, it is crucial to have ice to keep drinks cold and food from spoiling. And at $149.00 it's a good investment for these trips because I can't tell you how many times i've been on the river in the brutal heat of the summer and been left without ice after one day.
Thanks K2 for making a good product. 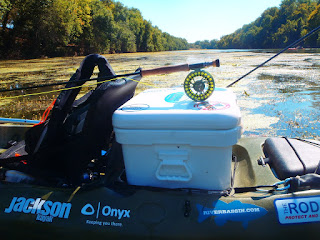 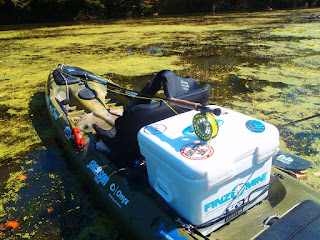 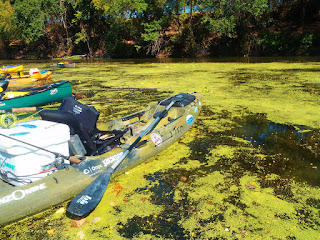 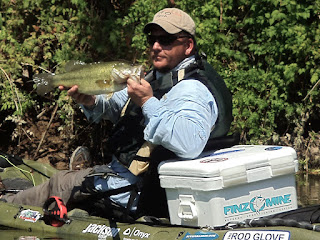 That's why they call it fishing

Left the house at 5am Saturday with excitement as I headed for the Colorado river to meet a group of friends that do this as an annual welcome to fall trip. Arrived at the launch destination and unloaded all of the gear then packed the Coosa kayak for a weekend of what I assumed would be full of catching a lot of big hungry bass. It doesn't bother me if the fishing is a little slow, but when you consistantly catch 30-40 nice largemouth and guadalupe-hybrid bass out of this area per day on an overnighter you get a little down when you only manage around 15 fish on the first day. The sorrow was broken by the great company of all of the friends that i've made over the years while river fishing. It was also nice to meet the extra six people that took us up on our invitatation to join the trip.The fly fishing was really slow with only a few fish coming on the fly. Both poppers and clousers seemed to be the lure for the few that were willing to take it. There are a lot of overhanging limbs and grass that makes the fly fishing rough, it seemed like if you didn't get your lure right next to the bank you weren't getting bit.We were greeted with a slick surface and nice slow flow, which made for an easy drift with not much paddling being neccesary. Temperature got close to a hundred degrees on Saturday but we didn't mind since there are many areas to get out of the kayaks and enjoy the cool flowing water. After arriving at the island we were to camp on around seven in the afternoon we pitched our tents and proceeded to make dinner. Not being able to cook over an open fire or have a campfire to illuminate the night due to the severe drought and the burn ban that was on we all circled around a camp light swapping stories and lies until it was time to turn in. Woke up sunday morning with a good bit of wind blowing and realized it was not going to be a fun paddle into it. With all of the gear stored into the kayaks and our bellies full we headed out with intentions of fishing but mainly getting back to the takeout without being exhausted from the heat and wind. Ended up being a great trip and some new friends were made. Looking forward to the next one because nothing beats camping out and fishing on the river in the fall.

Posted by Texas Fly Fishing Adventures at 4:10 PM No comments: